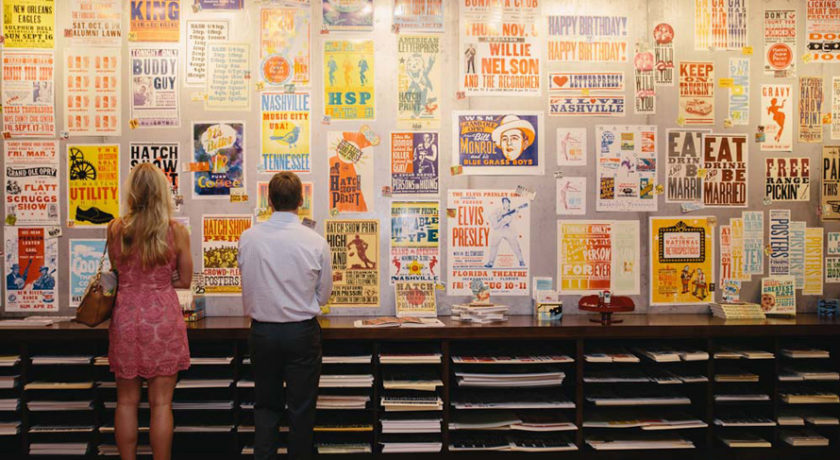 The 1.2 million people who visit Nashville’s Country Music Hall of Fame and Museum each year have plenty to gawk at Taylor Swifts rhinestone guitar, Elvis gold-plated Cadillac Fleetwood limousine, 26 Grammy Awards, a wall of gold records and enough stage costumes to fill a department store. There’s so much to take in, in fact, that visitors can easily miss the glassed-in space on the first floor just off the Fifth Avenue entrance.

But that would be a shame, since this 5,800-square-foot enclosure is the Hatch Show Print shop. If your pulse just quickened at that mention, it means you might have majored in graphic designer you really know your marketing history. Hatch posters haven’t just announced the concerts of some of the most famous music acts in history Johnny Cash and Led Zeppelin, and more recently, Pearl Jam and Mumford and Sons he shops work has influenced the face of advertising itself.

Hatch’s signature style has been so widely imitated that its probably familiar to millions who never even heard the places name. But as manager Celene Aubry explains, the shop whose 140th anniversary is just two years off never set out to change the world of typography and graphic design. Its mission, yesterday and today, has simply been to get peoples attention.