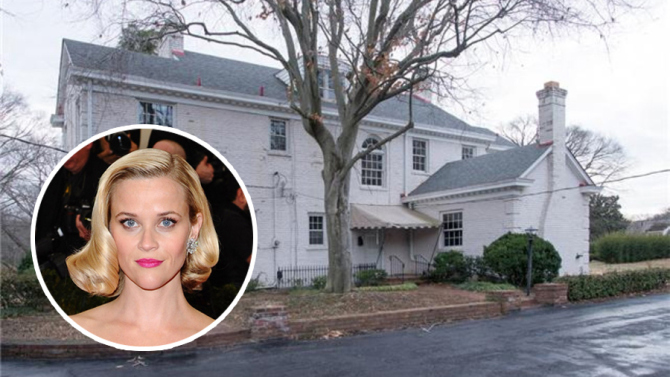 It might seem odd to some of the children that the Tinseltown couple would purchase a multi-million dollar property in Nashville but it shouldn’t. Miz Witherspoon, who hasn’t really had a bone fide hit movie since 2006 when she picked up an Oscar for “Walk The Line,” grew up in Nashville and her parents still live in the area. Indeed, the still very busy movie star — she has starring roles in (at least) four upcoming films — has owned a home in Nashville since (at least) 2005 when she paid $760,000 for a nearly 6,000 square foot mini-mansion in a gated enclave in the upscale Belle Meade area southwest of downtown.