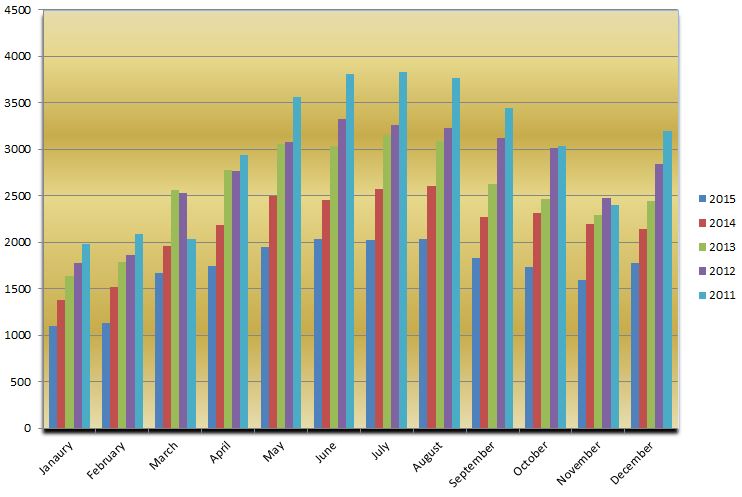 There were 3,194 closings during the month of December, according to figures provided by the Greater Nashville Association of REALTORS®. This is a 12.5 percent increase from the 2,838 closings reported for the same period in 2014.Fourth quarter closings are 8,621 for Greater Nashville. That total is a 3.5 percent increase from the 8,327 closings during the fourth quarter of 2014.
Final numbers for 2015 show there were 36,873 homes sold in the region. Compared to the 33,269 closings in 2014, the final closing numbers are up 10.8 percent.
There were 2,678 sales pending at the end of December, compared with 2,458 pending sales at this time last year. The average number of days on the market for a single-family home was 61 days.
The median price for both residential properties and condominiums increased during December. For a single-family home it was $242,945, and for a condominium it was $194,183. This compares with last year’s median residential and condominium prices of $213,500 and $172,999, respectively.
Inventory at the end of December was 10,846, down from 12,093 in December 2014.
Here are the home sales for the last 5 years in Nashville and the Middle Tennessee area. 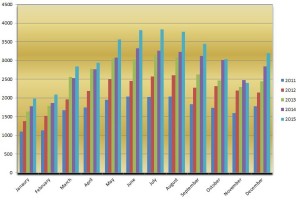